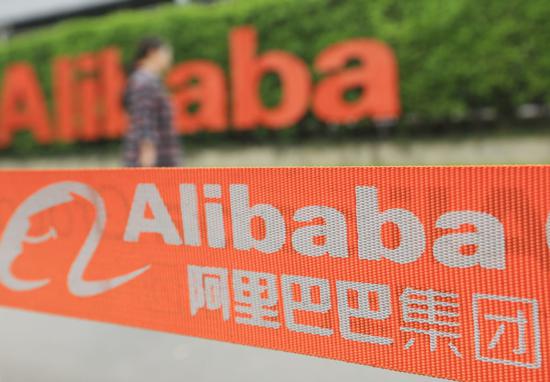 A logo of Alibaba is seen in Hangzhou, East China's Zhejiang province, on March 21, 2016. [Photo/IC]

A sex assault accusation by a female employee of Alibaba Group Holding Ltd has engulfed China's top e-commerce company, sending it scurrying to contain potential damage to its businesses that have been already bruised by recent antitrust penalties, even as industry observers called for better corporate governance in an industry marked by fierce competition, speed and scale.

The tech giant has sacked a manager accused by his subordinate of rape during a business trip. Alibaba Chairman and CEO Daniel Zhang said incidents like rape represent "a humiliation for all Alibaba employees".

"We must rebuild, and we must change," Zhang said in an internal memo to all staff.

The Central Commission for Discipline Inspection, the country's top anti-corruption agency, has also excoriated what it called "distorted management rights and pathological values".

"In the (alleged) incident, an unhealthy dynamic in a working environment, a disgusting drinking culture, a lack of transparency when reporting issues together exposed pervasive, deeply rooted unspoken rules," the agency said in a notice on its website on Tuesday. "This would not only interfere with normal exchanges－it is more likely to breed crimes."

Dong Yizhi, a lawyer at Shanghai-based law firm Joint-Win Partners, said the alleged incident appears to reflect "a major loophole" in the corporate culture of some iconic companies where profit seems to receive priority over culture.

"All types of companies, capital and entrepreneurs should operate under the rule of law," said Dong, who is also a contributing researcher at the Internet Economy Institute, a consultancy. "I remain doubtful about whether such questionable corporate culture can still sustain in today's environment of strict compliance."

Dong said he believed the incident might have a rippling effect on the entire Alibaba Group, given that there was an episode last year involving its senior executive Jiang Fan, who was demoted to company partner for mishandling family issues.

"The internal governance of Alibaba, and its exercise of influence on public discourse, have ignited public furor. I don't rule out the possibility that Alibaba's business units may well face further heat," Dong said.

In response, Alibaba may promote greater delegation among its managers to more effectively empower employees as it seeks to set new standards for behavior, said Catherine Lim and Tiffany Tam, analysts with Bloomberg Intelligence.

The swift departure of employees who were allegedly involved directly or indirectly in the reported sexual assault incident raises the likelihood that Alibaba's burgeoning workforce, which more than doubled in the year to March 31, will need to abide by stricter codes of ethics, Lim and Tam said in a recent research note.

Li Yonghe, appointed just last month to lead a newly created division overseeing much of Alibaba's non-retail businesses from food delivery to travel, has resigned along with the human resources chief for mishandling the alleged incident.

The person who alleged the assault and the suspect, her supervisor, belonged to Alibaba's local services division, which has been facing mounting competition from on-demand service providers such as Meituan.

But competition, which can also engender handsome commissions or bonuses for peak performance, does not justify severe misconduct like sexual assaults, analysts said.

Many voiced serious concerns over what they perceived as Alibaba's failure to act swiftly when the allegations surfaced in the open.

"While it's up to the police to decide whether formal charges should be pressed, the alleged incident itself has unearthed a lack of recourse for reporting incidents in a large organization," Li said. "This also represents the common dilemma being faced everywhere from university campuses to workplaces."

Li called for systemic change in corporate structures, by way of introduction of measures to prevent or preempt such misconduct in the first place, and to handle any such cases in the future in an efficient and rule-based manner.

Most popular in 24h

LINE
Media partners: | Xinhua | CGTN | China Daily
Back to top About Us | Jobs | Contact Us | Privacy Policy
Copyright ©1999-2021 Chinanews.com. All rights reserved.
Reproduction in whole or in part without permission is prohibited.